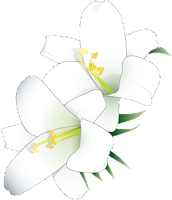 As this is in the Christian tradition what is known as Holy Week, I have been reflecting on the religious teachings of my earlier life, and feeling the relationship that I have with that theology at this point in my spiritual emergence. I am blessed to have been reared in a home that, despite its many challenges, gifted me with a deep and profound immersion in a church that provided for me a great foundation for what would be a life-long quest for all that is sacred. I spent large amounts of my youth active in that church, and even toured nationally performing gospel music in a wide array of venues. This background, coupled with a year of Christian Seminary, gave me a solid base of Biblical information that would play a vital role in where I spiritually live today.
I recognize now that I have had a profound and ever changing relationship to the theology of crucifixion and resurrection, and with the role that Jesus plays in the broader scheme of Cosmic awakening. I was taught as a child that Jesus was a perfect man, the only begotten Son of God, who came to redeem me and my sinfulness from an eternal punishment in the fires of hell. Easter was a celebration of the literal and miraculous overcoming by Jesus of the death that occurred via crucifixion, a sign that the price for all of humankind’s evil ways had been paid. Jesus had appeased
the wrath of God, and now all who believe and testify to his supremacy will rise up at the final judgment to live eternally in a geographic heaven. Those who deny his name will be banished to an eternal suffering, made very graphic in the religion of my youth.
A significant percentage of the world’s population embraces this theology, as indeed does my family of origin. I honor and reverence that belief as a perfect place of unfoldment for all those on that particular path. I certainly see it differently now than I did in my youth, and I continue to notice an ongoing evolution of that theology as it relates to my own personal relationship in the One.
I have come to know for myself that the death of an innocent and compassionate avatar named Yeshua (Hebrew) by such hideous means had nothing to do with the Will of the One that Is and can only Be prefect, all-enveloping Love. In the Sight of G-awed, there is no ransom to be paid, and no evil to be redeemed. Those are shadow perceptions of a guilt-laden human race, trapped in the chains of ego guilt and self-aversion. The crucifixion was a deed of people: people who greatly feared the message of self-empowerment that Yeshua came to deliver. He was an actualized Jew, and didn’t come to create a new and divisive religion. I believe he came to merge his own I Am identity In Source, and then to demonstrate the Power of the Union to as many who would listen. It was a message of transcendence, of overcoming. The resurrection that he spoke of was an energy pattern of transformation, of breaking free of the identification with the ego thought system that has us nailed to the forces of the world. He took his place in the middle of the horizontal and vertical axis of human experience, (the cross) and showed how complete devotion to awakening could result in a radical transformation in consciousness. This transformation resulted in his ability to see right through the human drama, and he was able to forgive even those who murdered him. He knew deeply that it was human unskillfulness coming from a forgetfulness of Source. He quite literally embodied the I Am Presence. Had he remained in judgment of those who killed him, he would have energetically been aligned in crucifixion, which is a mind pattern of ego duality, guilt, judgment, condemnation, retribution, and an identification with the perceptual story of the separate self. His forgiveness freed him from the forces of the mind and of the world, and I actually see that the resurrection occurred before the crucifixion, on the level of his Soul. Whether or not a physical resurrection occurred is secondary for me. His transcendence in consciousness uplifted the entire race heart-mind, regardless of what religious tradition you do or don’t identify with. The message, though often bogged down in theology, is most relevant to me today as I embody the demonstration he made for humans who are called to his example: complete and total devotion to the Source of All Is One. Coming to Know Absolute Union, my human experience is dedicated to spiritual awakening and to being a channel of Sacred Light while here in my human incarnation. I am here to release any misperceptions of evil, guilt, judgment and shame, and to allow my Self to shine through any situation that seems to be devoid of the Allness of G-awed.
Today I recognize that crucifixion and resurrection are energy patterns in consciousness. When I am in Remembrance of Source, and seeing the world and all who dwell here as Essence emanations of One Holiness, I am a living example of resurrection. When I fall into the forgetfulness of ego-mind identification, I sense that I am separate from Source and so suffer the myriad effects of that false and often tragic belief. That is my crucifixion. The only salvation I am in need of is the notion that I need to be saved. Though often unskillful in my humanity, my Essence Divinity is never dimmed. This transcendence of mind could as easily be called the Passover as it is the resurrection. Though they fall at different calendar times this year, they symbolically are the same message. In the Ultimate sense, there is no death, and certainly not one that is ordained by the Source of All Life.

I invite you this Holy Week to know and to celebrate your own Holiness, and to see all you encounter in this same, Sacred Light. If the bondage of self-identification places you on the cross, know that resurrection is a breath of prayer away. Holiness is the Essence of the True Self, and it is in and to that Holiness that we are here to awaken to.

Posted by RADICAL EXPRESSION at 12:46 PM